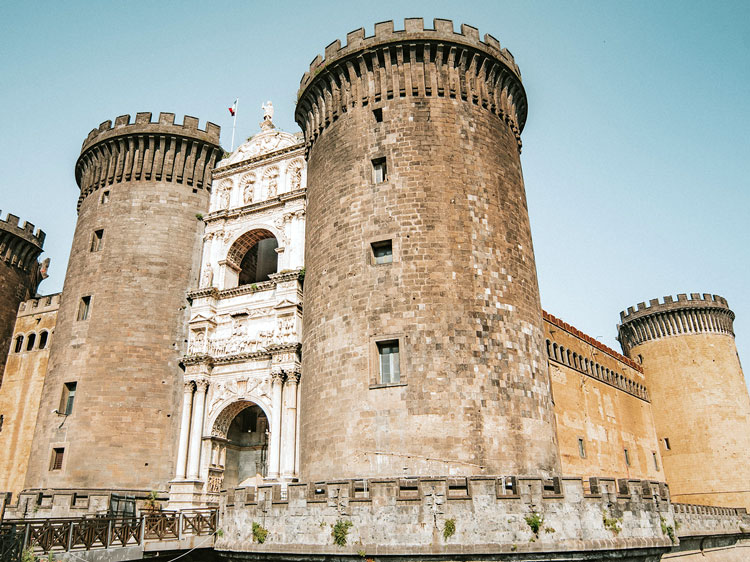 Every man’s home is his castle. Mayhaps, my lords and ladies, you have heard some version of this idea in your life. However, not every man is capable of defending his castle. Enter: the knight. I’m not saying we should run out and buy a suit of armor, but rather that we ought to aspire to the pinnacle of the romantic ideal of manly perfection.

It is indeed a sad and interesting thing that the high ideals of chivalry in men and women are considered a ridiculous notion in modern society. The knight was a figure of Mighty Deeds, Majestic Feasts, Honoured Quests, Righteous Living and the Right of Passage from awkward boy squire to confident knightly man. What they were in reality were just men. Some good, some not so; but the idea of the knight was a good idea and deeply founded in Christian values and morality. This idea of how a man should behave ought to be indelibly ingrained in the hearts and minds of all men.

As with many pursuits, men saw a lack of moral and lawful values and felt a need to do something about those lacks. The local constable could usually handle local problems; but what do you do about a band of cutthroats or dangerous bully or even a sneaky carrot thief? Since the more well-off households could afford to equip a warrior, they took up the call, and the powers that were supported it because the taxpayer and the parishioner supported some kind of “standing police force” (which is what the were; but that’s another article).

The tenets of chivalry vary in history but the following are drawn from several sources and have simple definitions.

One virtue seems to stand as the foundation of all others; one virtue that, when lost, all the others fade away: Humility. Without humility the other virtues will never reach maturity. Humility insists that one never put oneself above another, to lift others’ burdens and in this way honour God. The wisest of individuals in history from Tibetan monks to Christian scholars, philosophers to kings, learned the importance of this virtue. “It is the quality of being humble, modest, and without pride.” Ego is the greatest enemy of most humans. It drives them to be contentious and quick to take offense or point out “the real truth” of a given situation, hurtling headlong into every argument they can. Without Humility, the other virtues are manifested in their opposite form. The humble will possess the purest forms of all the other virtues.

Rather than a 300 page treatise on why this is true, it would be of greater benefit for me to explain the idea of the chivalric knight and for you to test my words. Examine those men you deem “chivalrous”. Seek the common traits in those men. That by which we ought to name ourselves – gentlemen – reveals part of the answer.

The humble are indeed gentle. They are not quick to anger and so retain clear thought and acquire discernment. They are often silent and attentive and so learn through listening and acquire wisdom.

Courtesy is characterized by graciousness, good manners and a consideration of others; particularly the weak, helpless and unjustly persecuted. It is a most important ideal of chivalry to maintain courtesy when faced with it’s opposite, as knights were often empowered to mete out Low Justice as judges. Low Justice in history is described as, “… the level of day-to-day civil actions, including voluntary justice, minor pleas, and petty offenses generally settled by fines or light corporal punishment.” (Wikipedia) Two angry neighbours arguing over what appeared to be a minor issue could have escalated to regrettable levels, and required an arbiter with a calm level head.

A gentlemen must cultivate Honour, the most dangerous of all the aforementioned virtues of chivalry. It is often that honour becomes a comic opera in life. Our own personal slants on honour and how chivalry is defined for ourselves can cause us to imagine ourselves to be in possession of an all-knowing and infallible sense of honour, often to the point of enraging ourselves and others at some perceived slight upon said honour. And honour simply stated is: “The giving and keeping of your word”. To arrive at dishonour, one bears false witness, gossips, berates, fails to keep a promise, or any other way one’s mouth or actions may bring one into that state of dishonour. Even with the truth in our mouths, we can be forced to yield the field to honour in order to keep the peace.

The virtue of Loyalty is not far removed from honour. As defined: “Faithfulness to a person, ideal, endeavour, or one’s own word.” Often, it is very much the unwritten contract. When we perceive that contract broken we dismiss our loyalty. This is a dangerous area, and why one should clearly define the boundaries of one’s loyalties to oneself and where it is merited, to others we enter into such contracts with. Then when one is forced to break off a loyalty, it may be done in good conscience, whatever the consequences.

Prowess was simply stated as: “An excellence in the martial aspect of knighthood.” The knight endeavours to remain as skilful as possible through practice and application. It was believed to be tainted and unattainable without the other virtues. The idea of mastery is firmly embedded here. To become better without becoming vainglorious at whatever you do; and the knight understood he could master many things.

Hardiness is the measure of the individual. “It is the willingness and ability to continue in the face of hardship, time or adversity.” It was also the ability to realize when we have strayed from the chivalric ideals. So much has been written of staying the course that it seems almost moot, and yet so many will stumble just before the breakthrough. Stay resolute in your honourable pursuits and the blessings will flow to you!

Courage is similar to hardiness, and yet a deeper place in the soul is reserved for this attribute. “It is that state of mind that allows one to overcome fear when facing the correct course of action.” This may be as simple as fear of an opponent on the field or as complex as the fear of others’ opinions when faced with a right or wrong choice. Here is when the knight calls out the knave, where he stands for what is right whatever the consequences may be—even death!

Honesty is the handmaiden of honour. “It is characterized by truthfulness and sincerity in one’s speech and actions.” Be honest in your witness, and careful that your feelings do not become fact by speaking hastily. For emotions are turbulent and swiftly changing storms. The chivalric knight is in control of himself at all times, even in anger.

Faith to and in God. The idea that when the knight acts, he knows his actions bespeak his beliefs. And by acting dishonourably he may cause others to steer away from or even to hate God. His relationship with God is personal and strong. The knighthood ceremony was often a ritual much like baptism and signified the knight’s relationship with and vows to God.

Largesse is characterized by a generous nature with one’s possessions, time, and word. As with all the virtues, while we are learning largesse, we may often see and experience it as forced. This does not make us insincere. We seek to apply those good traits in place of the bad through deliberate action, alongside an applied study along the path to wisdom and happiness; which were the logical goals in acquiring the chivalric virtues.

The chivalrous gentleman is quick to put himself in others shoes and would never apply word or situation that he would recoil from. With his Godly gift of discernment, he will know the needs of others and provide for them from his own wealth. In this way, he acquires largesse and loses his attachment to all his impermanent worldly possessions that can stumble the faithful. It begins with those things we often hold as a most precious to us. The subtle reward here is the freedom from the burden of things—and it is a powerful feeling.

As you seek the truth with a Knightly purpose, remember: in all the things you do, do them with humility, and love shall follow into your heart for your fellow man, as you will see in them all that God sees in you.

It is not an easy road, as I can testify. Not as many love me as I would like, and that is how it will be. The path is narrow and if it were easy, the reward would not be as valuable. And the reward is that, someday, we all may love one another.

We inherit from God the right and responsibility to be the men He wants us to be. I bid you, gentlemen, to go forth and protect your inheritance!

Gentlemen, honour all ladies. Ladies, remain worthy of all honour.

TheWarriorRising was once a sword fighter, but then came to his senses.

Photo by Ronni Kurtz on Unsplash